In Memory of
Daron Lee
Reynolds
1985 - 2017
Click above to light a memorial candle.
Memorial Candle Tribute From
Dery Funeral Home
"We are honored to provide this Book of Memories to the family."
View full message >>>
Send Flowers
Menu 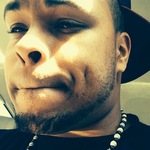 Daron Lee Reynolds, 31, of Cheshire, died Monday, April 24, 2017, from injuries sustained in a motor vehicle accident in Windsor.
Born in Pittsfield on December 20, 1985, the son of Raymond Lee Keele and Connie S.
Reynolds Brown, he attended Pittsfield schools and was a graduate of Lee High School.
At the time of his death, Daron was employed by Radio Station WBRK where he had been a disc jockey for the past three and a half years. Previously, he was employed by the Brien
Center.
Daron enjoyed—listening, creating, and mixing—everything music, he was a Boston Celtics fan and a New York Giants fan.
Besides his father, Raymond Keele and stepmother, Traci, of Adams, and his mother, Connie Reynolds of Pittsfield, Daron is survived by five brothers Ricky Reynolds of Pittsfield, Scott Kastner of Pittsfield, Jordan Williamson-Keele of Pittsfield, Coda Keele of Adams, and Michael Keele of Adams; three sisters, Shanell Johnson of Kansas, Geneva Bollinger of Pittsfield, and Sharaya Keele of Adams; his daughter, Remi Reynolds of Cheshire; his fiancée, Shaylee Martin of Cheshire; his maternal grandmother, Donna Randolph and her husband, Rudy, of Pittsfield, and his fiancée’s mother, Wendy Ellsworth of North Adams.


FUNERAL NOTICE:
Funeral services for Daron Lee Reynolds will be held Monday May 1 , at 5:00 P.M., at DERY FUNERAL HOME with Rev. Margaret Lawson, Pastor of Price Memorial A.M.E. Zion Church, officiating. Calling hours will be at the funeral home from 2:00 to 5:00 p.m. prior to the service.
In lieu of flowers, memorial contributions may be made to the Remi Reynolds Scholarship Fund
in care of the Funeral Home, 54 Bradford Street, Pittsfield.

To send flowers to the family or plant a tree in memory of Daron Lee Reynolds, please visit our Heartfelt Sympathies Store.