In Memory of
Catherine
Howson (Samalionis )
1928 - 2018
Click above to light a memorial candle.
Memorial Candle Tribute From
Dery Funeral Home
"We are honored to provide this Book of Memories to the family."
View full message >>>
Send Flowers
Menu 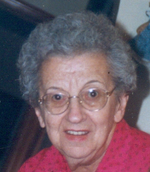 Catherine (Samalionis) Howson, 89, wife of the late Edward C. Howson died February 5, 2018 in Canton, CT. Born March 10, 1928 in Pittsfield, daughter of Frank J. and Mary Varneilene Samalionis, she was a lifelong Pittsfield resident. Catherine and Ed were married on July 7, 1951 at St. Mark’s Church and were best friends until his death in 2012.

She is survived by her daughter Monica H. Fowler and son-in-law Scott of Ponte Vedra, FL, her son Mark E. Howson and daughter-in-law Jill of Linwood, NJ, daughter-in-law Jacqueline Howson of Glastonbury, CT, grandchildren Kevin and Melissa Howson, also of Glastonbury, grandchildren Ryan and Megan Bralski of Linwood, NJ, and numerous nieces and nephews. She was predeceased by her youngest son Matthew C. Howson in 2014, her brother Anthony F. Samalionis in 2011, and her sister Nellie V. Daunis in 2006.

Attending Pittsfield schools, Catherine graduated from Pittsfield High School in 1945. Prior to her marriage, she was employed by General Electric Company, Berkshire Life Insurance Company, and Callahan Outdoor Advertising. She later became executive secretary for the Berkshire County Republican Association for more than 20 years, retiring in 1999. She served on the City of Pittsfield Board of Registrars of Voters for 24 years.

The family would like to extend special thanks to her caregivers at Mount Carmel Care Center of Lenox, Cherry Brook Health Care, Canton, CT, and McLean Hospice, Simsbury, CT.


To send flowers to the family or plant a tree in memory of Catherine Howson (Samalionis ), please visit our Heartfelt Sympathies Store.