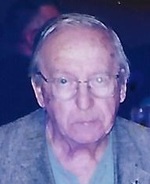 Bernard F. Herrmann, 85, of 24 Noblehurst Avenue passed away at home on Wednesday, May 24, 2017. Born on December 17, 1931 in Adams, he was the son of the late Paul R. and Emma Leppelt Herrmann. A longtime Pittsfield resident, he was educated in Adams schools and was a 1950 graduate of the former Adams High School. He then attended St. Michael’s College in Vermont, the St. Thomas Minor Seminary in Bloomfield, CT and St. Mary’s Seminary in Baltimore, Maryland. In 1956 he graduated from the Grand Seminary of Philosophy in Montreal with a Bachelor of Philosophy. Continuing his schooling, he went on to receive his Bachelor’s Degree in Education in 1959 from the former North Adams State Teachers College and in 1963 his Master of Science Degree in Education also from North Adams State. Mr. Herrmann was employed as a science teacher for the Pittsfield Public School System for over thirty years having taught at North Junior High, the Central Annex Middle School Project and at Herberg Middle School. He retired in June of 1993. He was a communicant of St. Mark Church and the former St. Teresa Church having served as a lector, Eucharistic Minister and member of the funeral choir at both churches. He was a longtime Boy Scout Leader for the Great Trails Council where he ran the Pine Box Derby for several years, a member of the Dawes School P.T.A. and a founding member of the Men’s Garden Club at Springside Park. He enjoyed stamp collecting, model railroading, coin collecting and building radios and televisions. He was also a camera buff. He leaves his wife, Caroline Bassett Herrmann of Pittsfield whom he married on July 11, 1959 at St. Joseph Church. Two daughters; Karen E. Gehm and her husband Stephen of Milford, MA and Mary Ursula Herrmann and her husband Christopher Hicks of Silver Spring, Maryland. A son; Owein M. Herrmann of Pittsfield and eight grandchildren; Reed Garnett, Diana Garnett, Dante Hicks, Jennie Herrmann, Isaac Herrmann, Margaret Gehm, Kathryn Gehm and Robert Gehm. He was predeceased by four sisters; Rev. Sister Mary Paulita Herrmann, Gertrude Boboweic, Cecelia Sauve and Alice Herrmann. He was also predeceased by a brother; the late Arthur Herrmann.


FUNERAL NOTICE: Funeral services for Bernard F. Herrmann, 85, of Pittsfield who passed away May 24, 2017 will be held Saturday at 8:15 AM from the DERY FUNERAL HOME in Pittsfield followed by a Liturgy of Christian Burial at 9:00 AM at St. Mark Church celebrated by the Rev. David Aufiero, pastor. Burial will follow in St. Joseph Cemetery. Calling hours will be held today, Friday, from 4 to 7 PM at the funeral home. Memorial donations in memory of Bernard may be made to Hospice Care in the Berkshires or to St. Mark Church both in care of the funeral home, 54 Bradford Street, Pittsfield, MA 01201. To share a memory or condolence with the Herrmann family please visit www.deryfuneralhome.com


To send flowers to the family or plant a tree in memory of Bernard F. Herrmann, please visit our Heartfelt Sympathies Store.