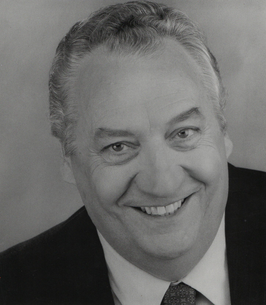 Memorial Candles Lit for Arthur | SEE ALL
Light a Candle
"We are honored to provide this Book of Memories to the family."
— Dery Funeral Home
Funeral Details Memory Wall Photos & Videos Send Flowers

Print
Arthur Joseph DeCandia, Sr. died on November 22nd. He was born in Hoboken, NJ on January 22, 1933 to Anthony and Elizabeth Agresta DeCandia.
As a child, his love for music included playing the saxophone, piano and clarinet. He was blessed with a beautiful and powerful bass - baritone voice and a commanding stage presence. He graduated from St. Cecilia High School in Englewood, NJ where he played football. He attended New York College of Music studying voice with Anna Roselle of the Metropolitan Opera. He also attended the Manhattan School of Music studying with John Brownlee of the Metropolitan Opera. Additionally, Arthur participated in the Columbia University Opera Workshop.
Arthur and his family lived in Milan for two years when he was awarded an operatic scholarship sponsored by the University Club Foundation of NY to attend the Giuseppe Verdi Conservatorio. He also studied and performed with Carlo Tagliabue from La Scala. While in Italy, he was honored to be one of the few Americans to win the Beniamino Gigli Contest in Macerata. During this time, his sons attended the International School of Milan.
Arthur continued his operatic career in the US, studying and concerting with Metropolitan Opera singers Licia Albanese and Lucine Amara. He sang with Sergio Franchi at the Westbury Music Theater in NY. He was soloist for many years at the Grand Ballroom of the Waldorf Astoria in NYC for the Armed Forces Day and at the Grand Ballroom of the Americana Hotel for the National Defense Day. Arthur performed at numerous venues including Carnegie Hall, the Generoso Pope Auditorium at Lincoln Center, Judson Hall and Town Hall in NYC, Hunter College, Fordham University at Lincoln Center, and the Ocean Grove Auditorium in NJ. He sang with opera companies in the NY/NJ area and in the Berkshires performing lead roles in operas such as Rigoletto, Tosca and Don Giovanni. He was well-versed in operatic arias and Broadway songs, but his greatest joy came from singing Panis Angelicus and Ave Maria.
Arthur supplemented his singing career by working as a singing waiter in clubs in NYC and NJ. He worked as a stockbroker and as an insurance salesman at John Hancock, and as Music Director at St. Charles Church in Pittsfield. He was a private vocal coach and adjunct vocal instructor at Berkshire Community College.
He was a kind and loving man who was devoted to his Catholic faith and family. He enjoyed painting in his free time and was a fan of the Pittsburgh Steelers. He served in the Army and was a veteran of the Korean War.
Arthur leaves behind his wife of more than 65 years, Mary “Jo” Belisonzi DeCandia, his sons Arthur DeCandia Jr., Gregory DeCandia, MD and his daughter Stephanie DeCandia, Esq. Arthur is survived by his brother Joseph, his sisters Beatrice Piercy (Ray), Phyllis Tedesco and Anna Marie Cohen, and several nieces and nephews.
The family is grateful for the extraordinary care provided by the Mt. Greylock Extended Care Facility staff as well as Hospice staff.
FUNERAL NOTICE: Calling hours will be held, MONDAY, November 26, 2018 from 4:00pm-7:00pm at Dery Funeral Home in Pittsfield, MA. Funeral services will be private. Memorial donations may be made to the Mt. Greylock Activities Fund, 1000 North Street Pittsfield, MA 01201.

We encourage you to share any memorable photos or stories about Arthur . All tributes placed on and purchased through this memorial website will remain on in perpetuity for future generations.

(S
Jo,Stephanie and your extended family, so sad to hear about Art and sorry too that I couldn’t support you and his wake and funeral. Please know that you are in my heart and my prayer. Julie
(Sr.) Julie Sullivan - Friday November 30, 2018 via Condolence Message
Share This:
1
Page 1 of 1
Share
×