In Memory of
Alice
Collins
1933 - 2017
Click above to light a memorial candle.
Memorial Candle Tribute From
Dery Funeral Home
"We are honored to provide this Book of Memories to the family."
View full message >>>
Send Flowers
Menu 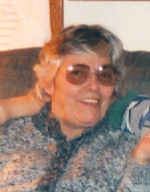 Born in Pittsfield, Massachusetts on February 5, 1933, she was the daughter of the late Jose Ferreira and Deolinda Mendonca Ferreira.

She married her husband, the late Ronald F. Collins, in July of 1952. He died on September 18, 1992. Mrs. Collins was a homemaker who enjoyed playing bingo and doing puzzles. She was a communicant of St. Joseph’s Church.

To send flowers to the family or plant a tree in memory of Alice Collins, please visit our Heartfelt Sympathies Store.