To share your memory on the wall of Alexander, Zoe and Marek Karpinski, sign in using one of the following options:

Provide comfort for the family by sending flowers or planting a tree in memory of Alexander, Zoe and Marek Karpinski

Provide comfort for the family of Alexander, Zoe and Marek Karpinski with a meaningful gesture of sympathy.

Print
Alex, Zoe and Marek Karpinski passed away on Tuesday March 12th 2019 at their home in Sheffield, MA.

Alex was born the older of twins (his sister Zoe was two minutes younger) on October 21st 2011 in Fairfax County, Virginia. Alex enjoye... Read More
Alex, Zoe and Marek Karpinski passed away on Tuesday March 12th 2019 at their home in Sheffield, MA.

Alex was born the older of twins (his sister Zoe was two minutes younger) on October 21st 2011 in Fairfax County, Virginia. Alex enjoyed constructing detailed and imaginative buildings out of Lincoln Logs and Legos. After completing his creations, he would explain why they were made the way they were. The more he thought about a project the more intricate it became and, as his Grampie would note, the more animated Alex became. He had grandiose plans for a tree house that he and his dad were going to build. While attending “Grandma School” he preferred solving addition and subtraction problems in his head rather than write them out. His favorite subject was Money Math where he would use real money to buy snacks. He loved listening to stories, checking Star Wars books out of the library, making puzzles, doing crafts, climbing “Skull Rock” and the trees nearby, tramping through the woods, sliding on snow-crusted hills on his belly, riding like the wind on the mini 4 Wheeler, and baking. One ambition of his was to be on a kids’ cooking show. A favorite tradition was snuggling up with Grampie around Christmas and watching “The Grinch”, which has always been Grampie’s favorite Christmas cartoon, and quickly became Alex’s as well.


Zoe was also born on October 21st 2011 in Fairfax County, Virginia (the younger twin). Zoe loved unicorns, mermaids, stuffed animals (especially Monkey), glitter, and depending on the day, the colors pink and purple. She had distinctive opinions on what to wear when choosing clothes and accessories for herself and for others. Zoe could not resist trying on Grammie’s “fancy” shoes, nearly twisting her ankles trying to walk in heeled boots. While at her grandparents’ in the summer she would drag a chair under the clothesline to hang or unhang the wash, then would proceed to meticulously fold the clothes and put them away. She too liked Money Math, especially when chocolate covered almonds were able to be purchased. She understood the value of money and was shocked when her younger brother threw a dollar bill away at a tag sale because he thought it was just a piece of paper. Zoe enjoyed sports, riding her bike, Tai Kwon Do, dancing, serenading others with the song “Let It Go”, and working in Grandpa’s workshop. She enjoyed listening to stories, and collecting all the dolphin cards while playing Goldfish. Zoe loved drawing and could spend hours covering her grandparents’ driveway with chalk drawings.


Marek was born in Newton, Massachusetts on May 1st 2015. Even though Marek was three and a half years younger than his brother and sister, he thought he could do anything that they could, and quite often he did. His grandpa always said he was practicing to be a stuntman. He had no fear. He was loving and liked to cuddle up and listen to stories. His most recent favorite was “Tale of Two Bad Mice,” and before reading it he would explain that Tom Thumb wasn’t really bad because he paid for everything he broke. Marek enjoyed hiking in the woods (always making sure he could still see the house), jumping from one rock to another, swinging, picking flowers for his mom, riding the John Deere tractors at both of his grandfathers, singing Christmas carols at any time of the year, making snakes out of Play-Dough, and creating pictures with stickers on paper and, of course, on himself. Making elaborate indoor forts was a favorite at Grammie and Grampie’s house. He was beautiful, charming and energetic. It was difficult not to laugh at most of his antics.


Alex, Zoe and Marek were the light of our lives, their spirit and many shared memories will live with us forever.


They were predeceased by their maternal grandfather Steve Wilbur.

FUNERAL NOTICE: Calling hours for Alex, Zoe and Marek Karpinski will be held SATURDAY, April 27, 2019 from 11:00am to 2:00pm at ST. AGNES CHURCH in DALTON. There will be a prayer service held at the church at 2:00pm. Burial will follow at St. Patrick’s Cemetery. In lieu of flowers, memorial contributions may be made in their names to The Berkshire County Kids’ Place in care of DERY FUNERAL HOME, 54 Bradford Street, Pittsfield, MA 01201.
Read Less

To send flowers to the family or plant a tree in memory of Alexander, Zoe and Marek Karpinski, please visit our Heartfelt Sympathies Store.

Receive notifications about information and event scheduling for Alexander, Zoe and Marek

Receive text or email updates for Alexander, Zoe and Marek

We encourage you to share your most beloved memories of Alexander, Zoe and Marek here, so that the family and other loved ones can always see it. You can upload cherished photographs, or share your favorite stories, and can even comment on those shared by others.

Posted Apr 30, 2019 at 02:16pm
This is the most tragic obituary I have ever read. I am very, very, very sorry for your losses, Grammie and Grampie.
Comment Share
Share via: 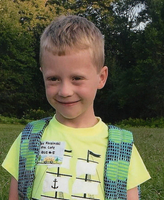 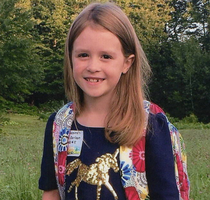