In Memory of
Alan
Keefe
1969 - 2018
Click above to light a memorial candle.
Memorial Candle Tribute From
Dery Funeral Home
"We are honored to provide this Book of Memories to the family."
View full message >>>
Send Flowers
Menu 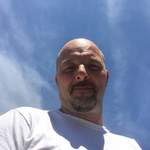 Alan Joseph Keefe, Jr, age 49, of Joseph Drive, died Friday, August 24, 2018 from injuries sustained in a motor vehicle accident. He was born in Holyoke, MA on January 5, 1969, the son of Alan and Barbara Roberts Keefe. He was raised by his Aunt and her husband: Joan and Bruce Hunter in Lenox, and was educated in Lenox schools.

Alan became disabled at a young age but that did not stop him; he enjoyed tinkering, designing, and other “backyard mechanic” stuff.

Alan is survived by his biological parents, Alan and Barbara Roberts Keefe of Arizona; his parents who raised him, Bruce and Joan Hunter of Pittsfield; his children, Kevin O’Neill and Kevin’s mother Debbie O’Neill of Pittsfield; son, Cameron Keefe, daughter, Breanna Keefe and their mother Christy Andrews of Pittsfield; sisters, Cindy Keefe, Tracy Shea both of Pittsfield, Debbie Keefe of South Hadley, Laurie Darlymple of Lexington, SC, Lindsay Keefe, Victoria Keefe, and Kelly Keefe all of Tucson, AZ; His brothers, Michael Keefe and Robert Keefe both of Columbia, SC, Andrew Keefe and Joseph Shea of Tucson, AZ, and David Ellis of South Hadley. His siblings with whom he was raised, Ellen Hunter, Paula Hebler, John Brancazzu and Jay Smith all of Pittsfield. As well as many aunts, uncles and cousins.


FUNERAL NOTICE Calling hours will be held THURSDAY, AUGUST 30, 2018 from 4:00 pm until 7:00 pm at the DERY FUNERAL HOME, 54 Bradford Street, Pittsfield. A memorial service will be held at 7:00pm at the funeral home.

To send flowers to the family or plant a tree in memory of Alan Keefe, please visit our Heartfelt Sympathies Store.